How To Coparent Your Children With An Abusive Ex 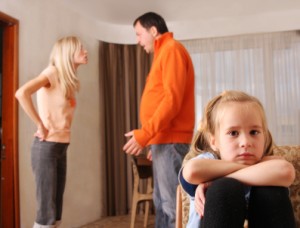 It’s an unfortunate truth about custody disputes that one, or sometimes both, parties involved are abusive, non cooperative or vindictive to the other parent in order to get what they want in court or simply exert power over the other person. If you are in the middle of a divorce and child custody case with your ex, or dealing with the aftermath and potential return visits to the court room, there are ways to still maintain your position and combat an abusive ex in court. Most of the time, when someone is trying to manipulate you, especially in a family legal situation, they want to get a response from you that works to their advantage. It’s not uncommon for a mother or father to make up stories of verbal or physical abuse or neglect to make them look bad in front of the judge so they grant them custody instead of the other parent. Here are some strategies to use in a situation like this.

It can be hurtful to have the mother or father of your child doing things behind your back to deliberately sabotage you and how you get to spend your time with your kids. If you have any feeling that this could happen to you in the future with your ex, it’s a great idea to have solid proof or documentation of past events, financial records or medical records to use in your defense as to why you should get full custody. The goal shouldn’t be to remove one of the parents from the child’s life. The judge will make a decision that’s in the best interest of the child. It’s proven that a child needs both parents in their life for maximize their well being. Knowing this, any judge will be able to see one parent is trying to muscle out the other for the wrong reasons if the evidence is there for them to see.

To see how else you can move forward go to –> www.AboutTheChildren.org